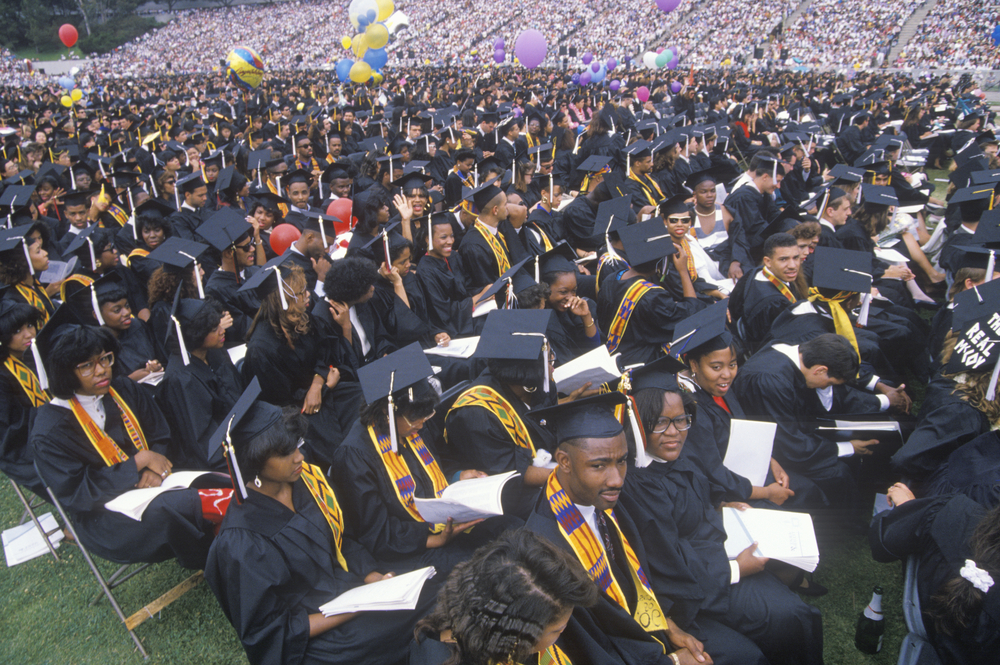 It was kind of hard to get to know people when you always felt like you were, I guess, lesser than them.”

That’s the sentiment revealed by first-generation college student Violet Salazar, one University of California’s first generation students. This year, a full 45 percent of freshmen in the U.C.system are the first in their families to pursue a degree.  And as Salazar’s statement, made to reporter Hari Sreenivasan in a recent episode of PBS’s “Rethinking College,” reveals, it’s not easy.

But new program in the U.C. system aims to address the struggle of transition by pairing faculty who were themselves first-generation students with the students. Professor Lorrie Frasure-Yokely, a Political Science professor who was raised on the South Side of Chicago, is one of 900 first-gen staff to participate. She recently stood in front of a group of first-gem students to give them wisdom.

“I’m teaching this class today because I want you guys to be OK with being the first, she told them. “I want to be able to validate your concerns, and your fears, and your frustrations with being first-generation, because I have been there.”

University of California president Janet Napolitano has made the program is a keystone of her philosophy.. “Admissions are one thing. Enrollment is one thing. But graduation is — is the thing,” she told PBS.

“One of the definitions of impostor syndrome is students who worked really hard to get into campus, but they still are carrying with them, like, a sense that they don’t truly belong, that, at any moment, someone is going to come and tap them on their shoulder and say, you know what, we made a mistake,” Frasure-Yokley says.

Helping students stop questioning their worth will put them on a path to success, Napolitano hopes.

“We know that our first-gen students within just a few years of graduating are making more than their entire families,” she says. “We also know that they’re tremendous contributors to the state of California, to the economy of California. And it’s what higher education is there for, particularly public higher education, to open those doors of opportunity, and to really give meaning to the cliched phrase the American dream.”